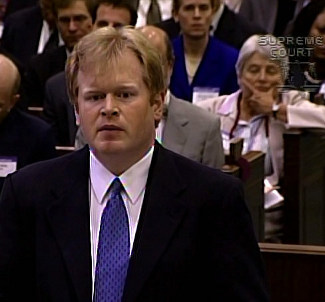 Mr Woodring is recognized as a Florida Super Lawyer, an honor given to fewer than 5% of Florida Attorneys, and holds an Avvo “Superb” rating in education law. Mr. Woodring also has an AV Preeminent® Peer Review rating.*

During his time at the  legal helm of the Florida  Department of Education, Mr. Woodring advised and litigated on matters including, but not limited to: constitutional challenges to Florida’s education programs, including Opportunity Scholarships and the charter school approval and appeal process; doing away with race as a preference in university admissions and state contracting; teacher and professional discipline cases; union, labor and employment matters; state procurement and bid protest proceedings; administrative rule challenges and rule making proceedings; IDEA and Section 504 proceedings; public records, government in the sunshine and ethical matters; contract negotiations and disputes.

Since 2007, Mr. Woodring has been back in private practice as the principal attorney of the Woodring Law Firm, located in Tallahassee, Florida, and with a statewide practice, including Pensacola, Jacksonville, Gainesville, Tampa Bay, Orlando, West Palm Beach, Ft. Myers, Ft. Lauderdale, and Miami. One of his primary areas of practice is education law.